Pre-show mirror selfie. The Country Woman with the sickle!

Being silly in Prague! 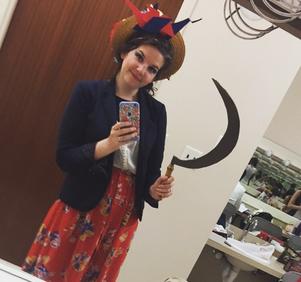 Becca is a recent graduate from North Central College in Naperville, IL, just outside of Chicago. Becca graduated with degrees in musical theatre and theatre.

Becca grew up taking voice lessons and performing in plays and musicals throughout her childhood and young adult life.  She was very involved in the theatre department at North Central College and has been acting and honing her craft in Chicago.  ​

In Becca's spare time she loves to travel and explore new places with family and friends! Becca also enjoys trying a new recipe and hanging out with her cat. Becca is very thankful for the never ending love and support from her family and the continuous encouragement from her friends and loved ones.  Becca is also grateful for her wonderful professors and mentors, and to YOU, thank you for visiting this website and expressing interest in her talents and services. 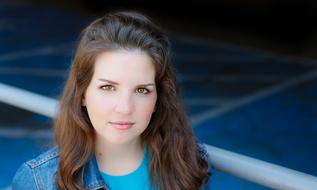